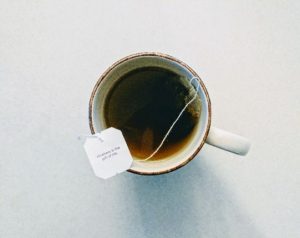 There are over 1,000 flavors. Hot Tea has influenced different countries’ cuisine for hundreds of years. Whether you follow the brewing traditions of the English or Chinese Customs, or you only microwave your Tea, National Hot Tea Month is best celebrated with a cup. Courtesy of National Today.

Thomas Sullivan successfully marketed tea bags, after he sent his tea in silk bags to clients and they mistakenly steeped it in them

Particularly in the United States, black tea is one of the most common teas, however, the most popular tea in the world is Darjeeling. It is a black tea consumed in India daily but has a light, nutty flavor. Tea was so valuable in the 18th century that it was kept in a locked chest – which we now call a tea caddy.

Pizza and burgers are one combination people might think about because a favorite summer tea is often paired with black iced tea leaves mixture.

A weird must-try from the list:  Buffalo Wings + Masala Chai.